How to Authorize Users to Flag Evidence/Case in Portal

Evidence may undergo changes within its lifecycle (moderation, update, delete, re-upload so on and so forth) most of these activities require attention from the designated officers who then can take required actions. To notify the concerned authorities a notification system is required which could send an automatic email notification whenever a specific activity takes place on a case/evidence. To cater to this requirement VIDIZMO Digital Evidence Management System -DEMS offers Alert Generation feature

Using VIDIZMO Group Permissions authorized portal users may assign Evidence/Case permission to flag to a group of Viewer and/or Contributor portal users. This permission would allow them to flag evidence/case which will empower them to receive alerts against the subscribable events

From the Portal's Homepage:

i. Click on the navigation menu on the top left of your screen.

Assign Flag Permission to a Group

1.  From User and Groups screen:

i. Hover upon the User Group, to which you want to assign Custom Group Permissions, and click to open the overflow menu.

ii. Select Edit Group. It will take you to the edit screen for the selected group.

2. From  Edit Group screen shown below

i. Use the Toggle button against Allow users to flag Evidence/Case to assign this permission to the selected group.

ii. You have the ability to control flagging permission by allowing them to flag:

a. Their accessible Evidence/Case (shared with or assigned to them)

b. Their uploaded Evidence 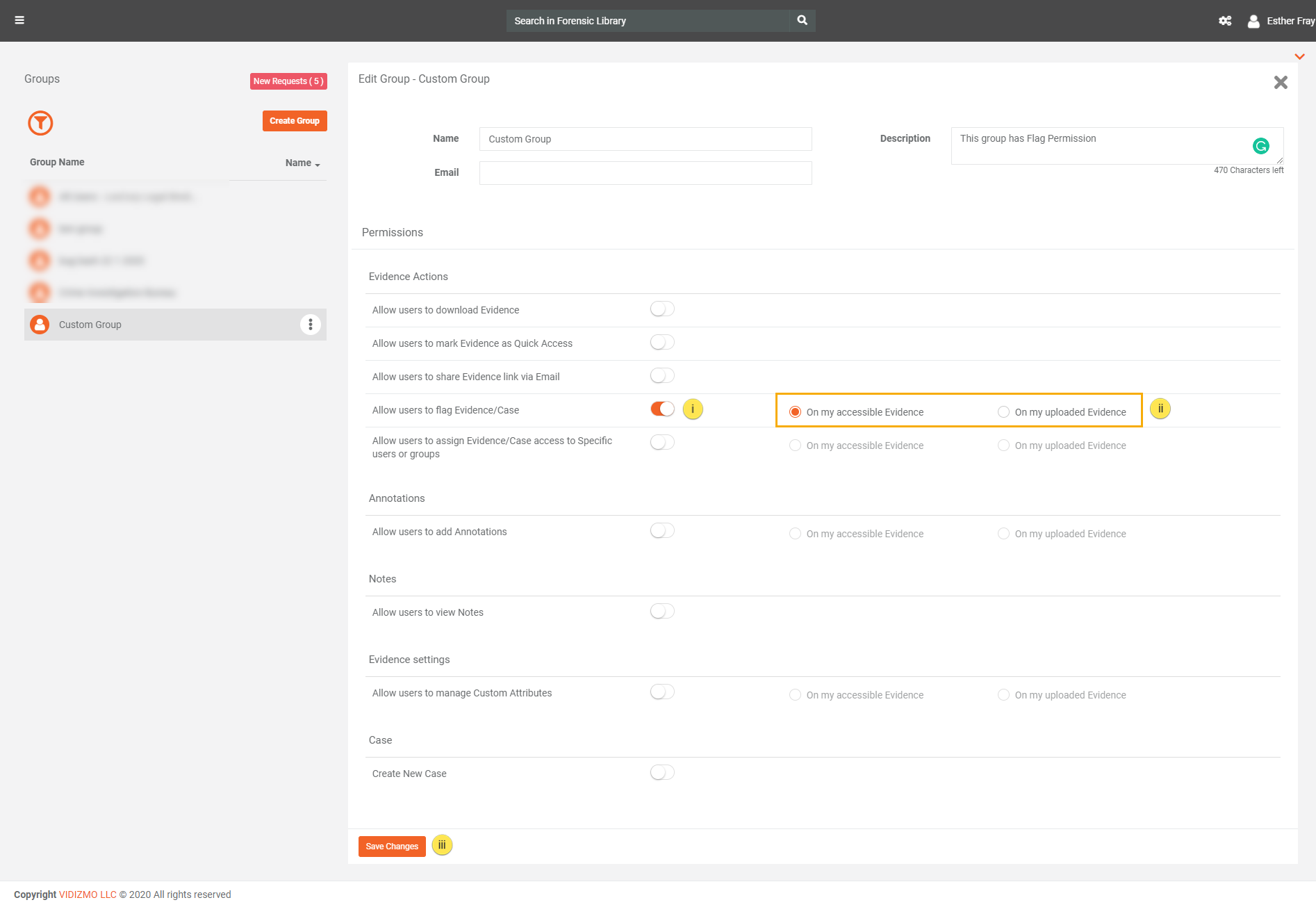 Once this permission is given to a group, all group members will be able to flag evidence/case