Frame by Frame Analysis of a Video

Frame in a Video

How to Seek Frame by Frame

In today's fast-paced world, we are constantly adopting ways to skip to the end/conclusion/result which makes us unwary to the detail. This has indeed led us to be at a loss of contextual knowledge and the discretionary power to make an informed judgement about the content we are hearing, seeing and reading. Enterprises today are looking for something that helps them take control of this speed, in a manner that helps them break down bigger problems into smaller chunks for more in-depth analysis. While we all care about the result, it is indeed the process that determines it and should be valued equally, if not more.

Frame in a Video

In the jargon of video technology, a video is a sequential set of frames mapped against time, this frame-by-frame analysis is centered on a single instance of a video. If a video is to be broken down into its most fundamental element, it is a collection of static images (frames) chronologically stitched together to form a motion picture. These images are made to change at a rate so fast, the human eye is convinced to believe that the content is dynamic and in motion. An average video contains about 24 frames/second, which means that in every second, there is a fixed transition of 24 frames in a video. As the number of frames per second increase in a video so does the video's clarity and quality. For example, 24 frames per second video captures 24 different activities within a single second, but a 60 frame per second video captures 60 different moments/activities within a single instance, an example of which has been illustrated below.

VIDIZMO allows organizations to have one of the most advanced playback support for the media by introducing a feature of seeking a video frame by frame. This means that instead of watching a video without realizing where the seconds are running by before it eventually ends, you can pause the video at any particular instance and seek it forward or backward by a single frame. For example, if you upload an ultra high-definition video of 300 frames/second, this feature will allow you to be able to capture/view as many as 300 images against one second of the video. So if the video is around 3 minutes 40 seconds long, you can browse a whopping gallery of around 12,180 separate images. To be able to drill down to this level granularity guarantees the required precision to make responsible decisions.

How to Seek Frame by Frame

Here is how you may seek a video frame by frame:

1. Using Homepage or the Media Library page, select any video which you wish to analyze frame by frame.

2. Hover over the video to have the controls appear. Click the double-forward arrow to seek forward by a frame. Long-pressing the icon will start playing the frames sequentially forward for easier browsing to a point where you wish to navigate to, and from where you can resume seeking the video by a single frame. 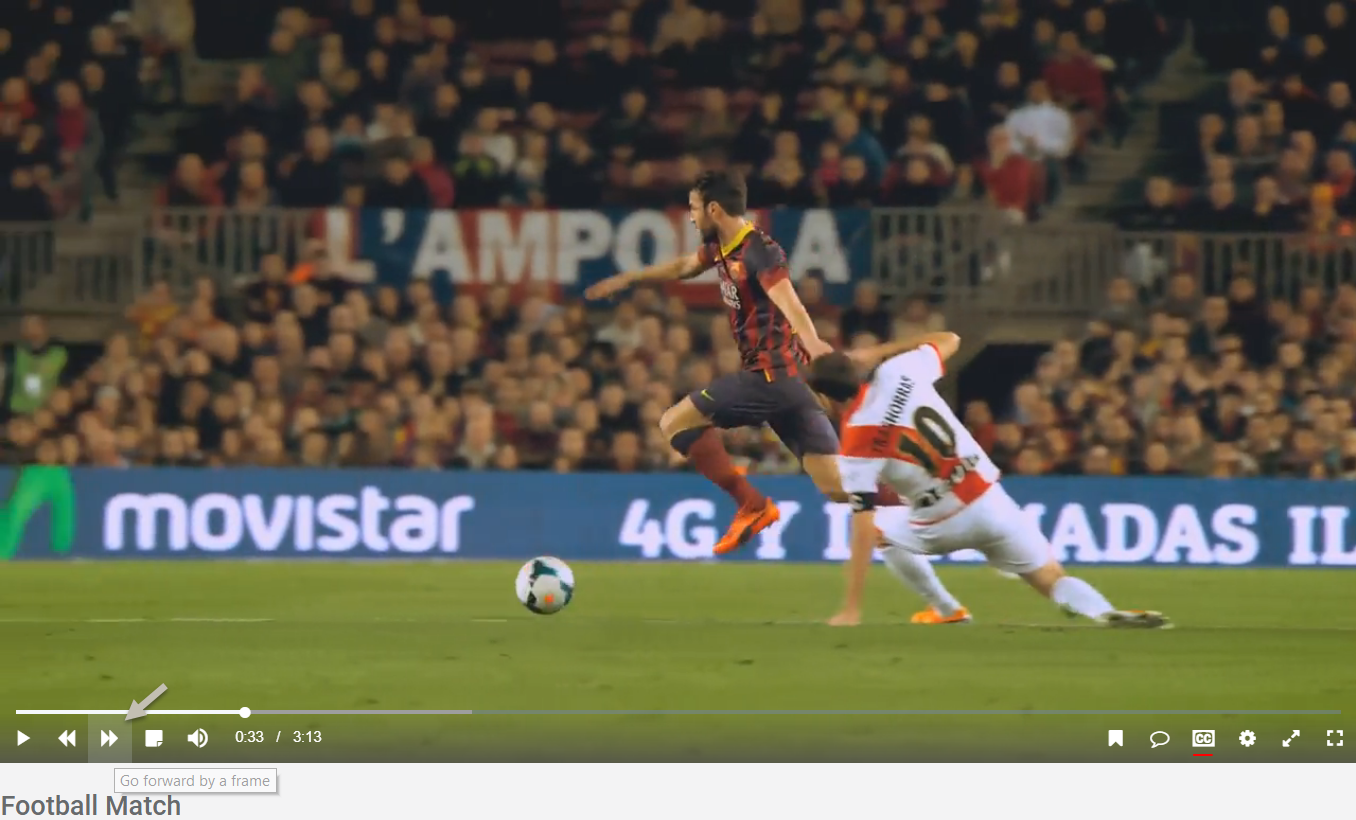 3. Similarly, if you want to seek backward by a frame, click the double-backward arrow.Long-pressing the icon will start playing the frames sequentially backward for easier browsing to a point where you wish to navigate to, and from where you can resume seeking the video by a single frame. 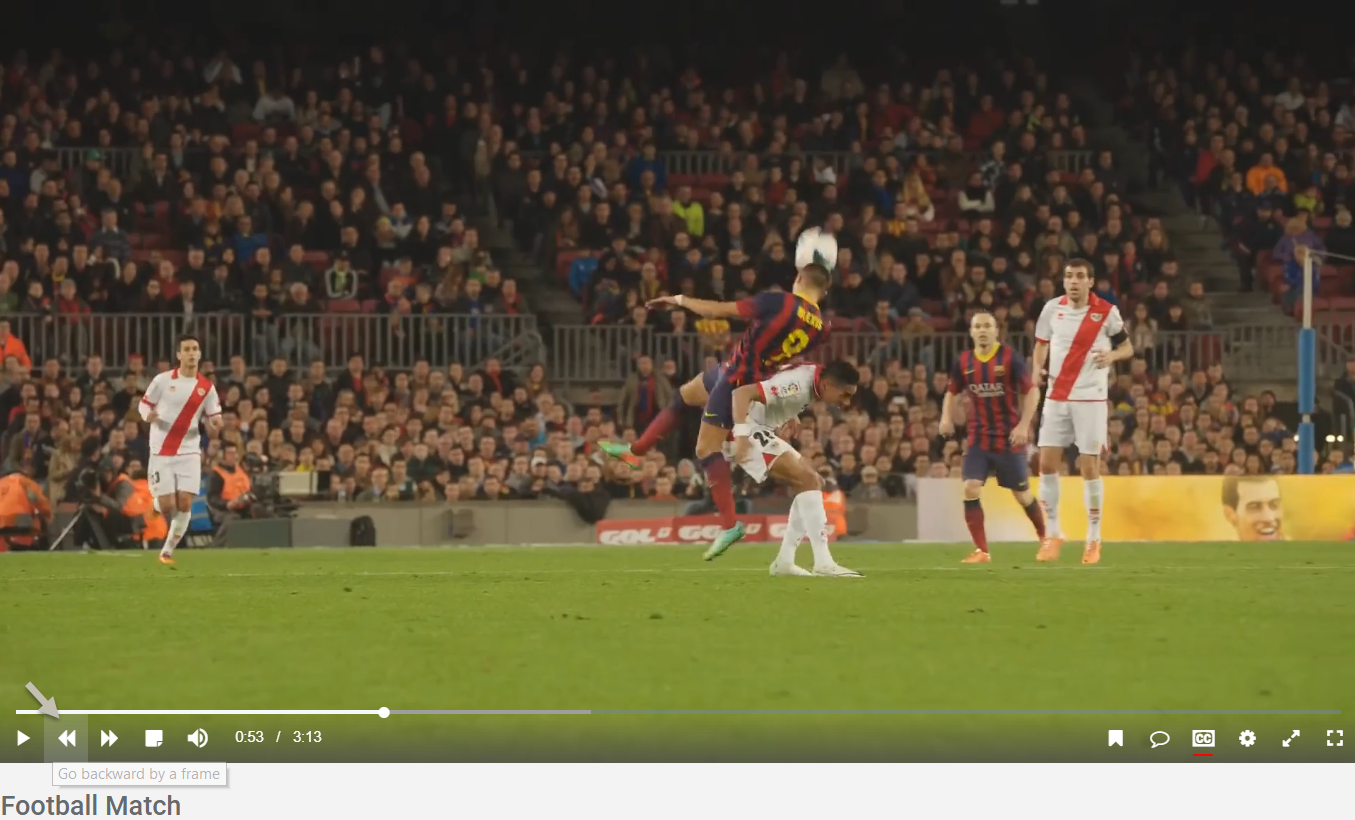