In Law Enforcement Organizations, there are multiple teams which  include a Case Investigation Team and a team that is responsible for Auditing and Monitoring the activities of the former team. Utilization of a single Portal of Digital Evidence Management is a probability in these cases. Hence, it is essential to limit access to certain content, settings, and especially Audit Trails for any organization's utmost security.

To generalize, a hierarchy of a Case Investigation team and another team Auditing their activities for a Digital Evidence Management System can comprise of:

This enables a company, to restrict certain Users from accessing Audit logs of other Users. The priority assigned by Log Access Levels can be determined by the company specifically and then be implemented accordingly.

The same hierarchy can be characterized in the relative team Auditing the Case Investigation team. A User Group of all the members Auditing should be designated the highest Log Access Level such that their Audit Logs are inaccessible to any other members who are not part of the Auditing circle.

By default, when the Log-Access Levels are enabled in a Portal, all Groups are set with Log Access Level 0, which is the lowest access level possible. Hence, if there are certain groups that are assigned specific levels excluding few Groups, those few Groups will retain the Log Access Level 0.

VIDIZMO’s intelligent capability allows the levels to be retained even when the Log Access Level policy is disabled after being enabled in the portal. Though, it is worthy to note that these levels are retained but not effective while the policy is disabled.

To Understand this concept better, let's take an example:

When the User is part of 2 or more Groups

A user who is part of multiple groups will always retain the highest Log Access Level out of all the groups he is part of. Hence, in this scenario, the user who is mutual to both the groups, will have Log Access Level 3 as the highest log level between the Group A and Group B is 3 and will be able to view the Audit Logs and Chain of Custody of all the users in both Group A and B. 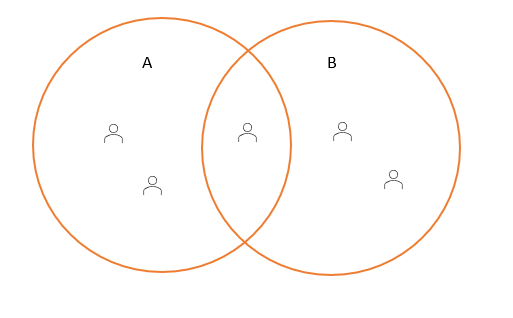 When Group A is added to Group B

In this scenario, all the users specific to Group A are assigned Log level 3 due to corresponding mechanism discussed in the scenario above. Hence, all the users in A and B can view the Audit Logs and Chain of Custody of all the users who are part of Group A and B. 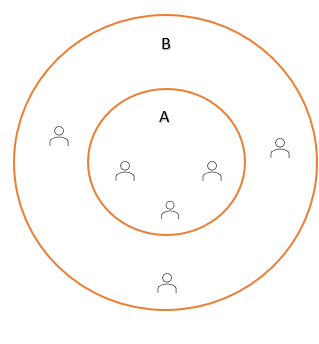 When Group B is added to Group A 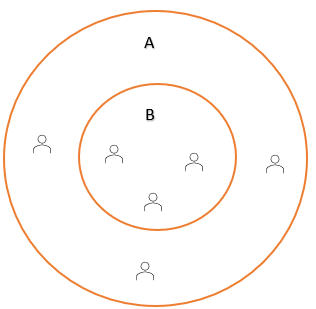